Listen. In My Own Words.
Zero to Life In An Instant 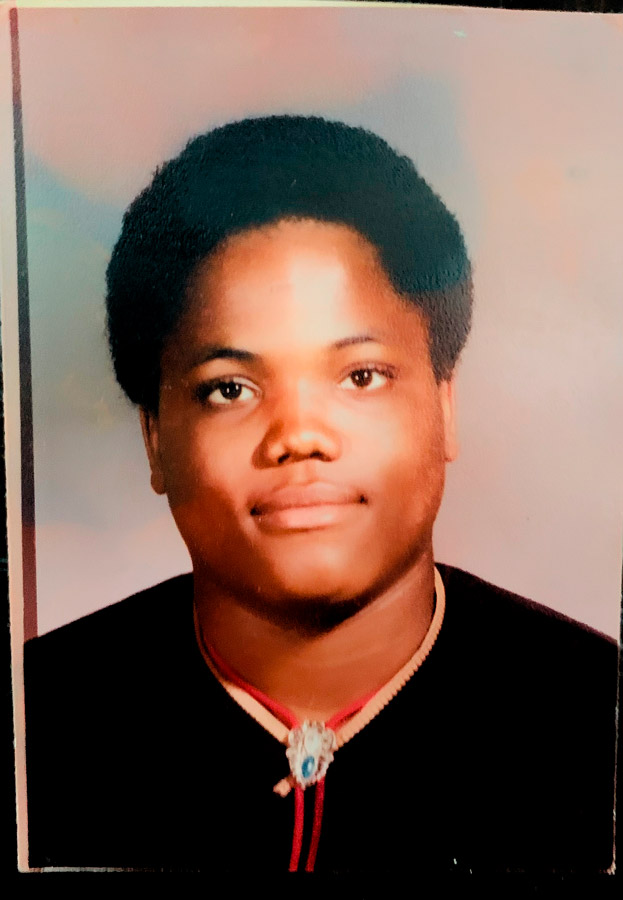 The Best Family Anyone Could Want

“I grew up on the southside of Chicago. I lived with my parents and my two younger brothers in a brick ranch-style home. We ate Sunday dinners together.” 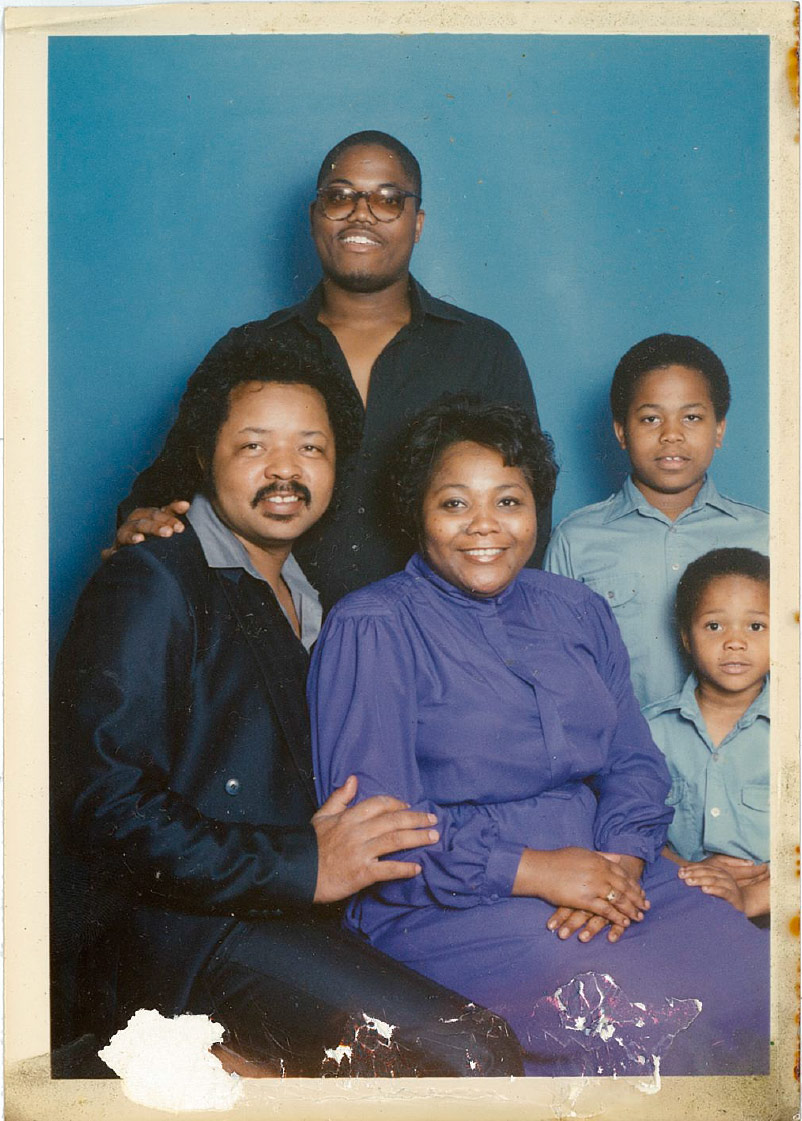 Young Alton Mills with his family

I graduated from Roselin Community high school in 1987. I come from the best family that any person could want. My mother was a homemaker. My father was a member of the local union. My dad worked 40 years at a Chicago grocery store. I remember seeing him work every day to provide for us. We didn’t have much, but we had our fair share. 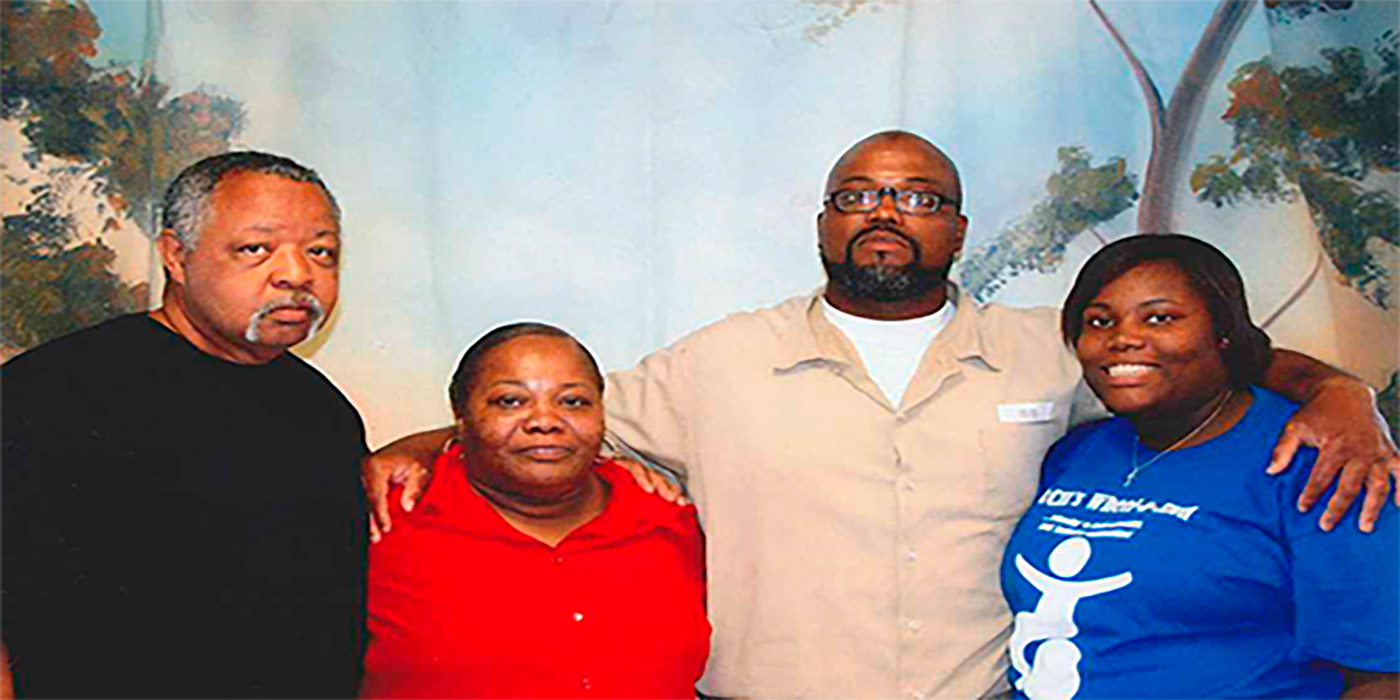 “Looking back, I made less than minimum wage as a drug runner.” 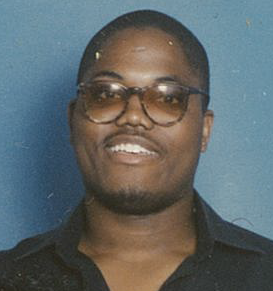 My parents taught me right from wrong.  I remember exactly when I made a wrong turn in my life. After high school, I started running with the wrong crowd. I started delivering drugs for the neighborhood drug dealers. I made $300 a week as a drug runner. I was a 19 year old young father. I had just gotten married. I was trying to make ends meet. Looking back, my drug career paid less than minimum wage.

In April 1992, Chicago police stopped me and searched my jacket pockets. They found less than 5 pellets of crack in my pocket. That was my first strike. I was arrested and got 18 months’ probation in state court.

In September 1992, Chicago police stopped me again. They searched my clothes and found 3 pellets of crack. I was arrested again for possessing crack cocaine. That was my second strike. I got 24 months’ probation in state court. 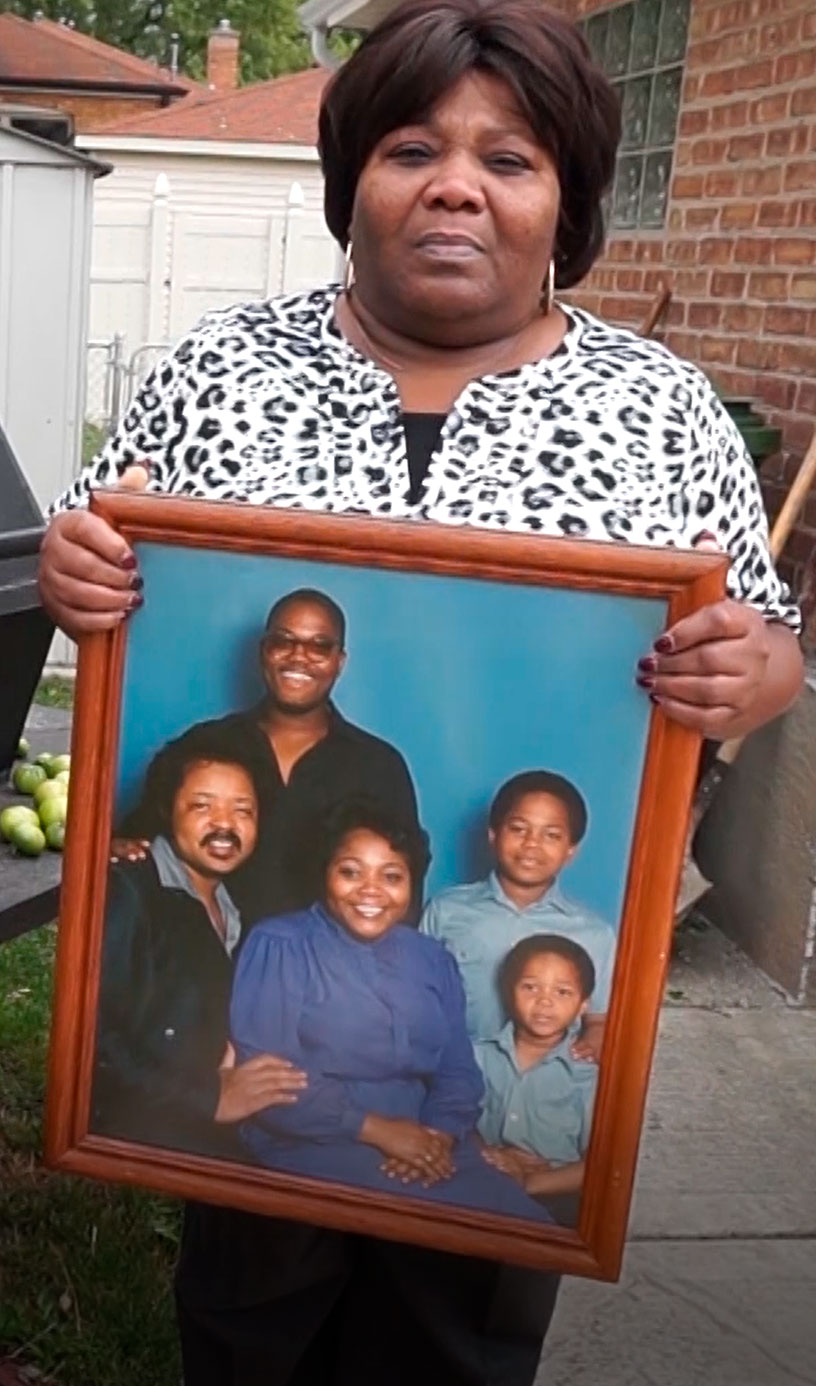 My Life in the Rearview Mirror

“I looked into the rearview mirror of the police car and I saw that I was leaving my 19 month old daughter behind. That is the moment when I started suffocating.” 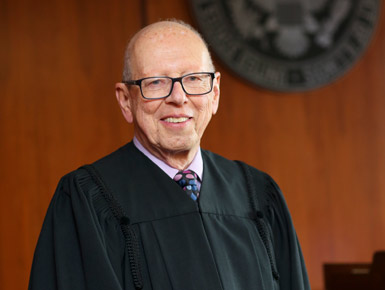 Alton Mills was not a drug kingpin. He wasn’t even a drug dealer.Alton was a street-level drug runner who picked up cash from drug spots and delivered the cash to his bosses. He then delivered crack cocaine when and where his boss told him. Alton was paid just $300 per week as a drug runner. He didn’t have a stash of jewelry. He didn’t own a home. He couldn’t even afford a lawyer to defend him Alton remembers the day he was arrested: I was riding in the back seat of the car with the FBI. They just kept repeating: help the government, or get a life sentence. Every time he said 'life sentence' – it seemed the car kept getting smaller. And smaller. And smaller."

In 1994, Alton stood before federal judge Marvin Aspen for punishment. Alton was 24 years old. He had never been to prison before. Federal prosecutors admitted “the thrust of the evidence against Mills was that Mills did whatever [the drug ringleader] told him to do.” Judge Aspen looked directly at Alton and reluctantly gave him a mandatory life sentence. Judge Marvin Aspen told the courtroom that Alton’s mandatory life sentence was "farcical"and “cruel". The judge told Alton he wanted the sentence to be “something other than life” but prosecutors used the 3 Strikes Law to require a life sentence.

Judge Aspen continues to criticize the 3 Strikes Drug Law:  “The problem I saw right from the beginning is that discretion never goes away in sentencing,” Aspen explains. “It was shifted away from the court, to prosecutors, who have discretion in how they charge.”

First
strike
SECOND
strike
THIRD strike
Age 24 - Alton worked as a drug runner who, according to the prosecutor, did whatever drug dealers "told him to do."
Sentence:
Life In prison
Download Case File 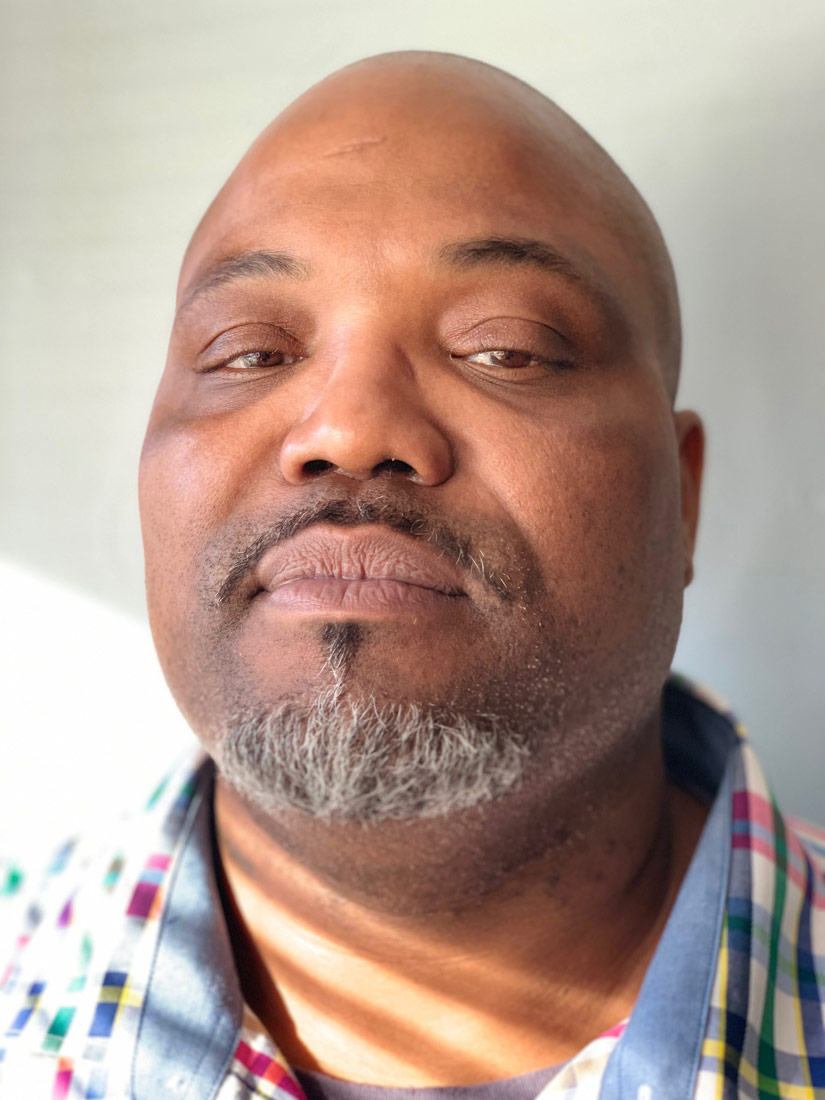 “I spent 22 years, 4 months, 4 days and 1 hour banished to a life sentence. Next year, I will watch my daughter walk across the stage at her college graduation. I left guys behind who deserve their freedom too.” 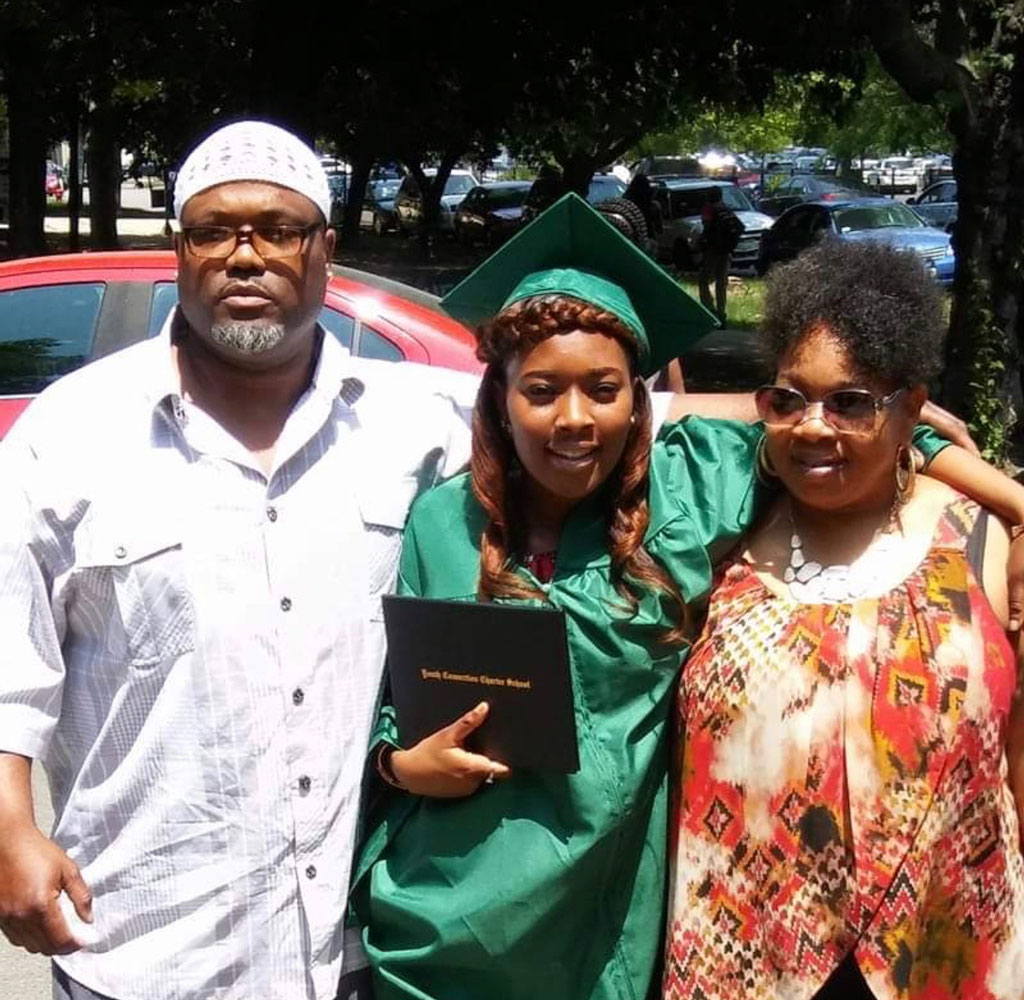 It has been over two decades since Alton Mills stood in Judge Aspen’s courtroom and received a mandatory life sentence. After nearly 23 years buried alive, President Obama ordered Alton’s freedom on December 19, 2016.

Alton left prison with no money, no state ID, no job, and only the clothes on his back. Today, Alton works as a mechanic for the City of Chicago. He is engaged to marry the love of his life and enjoys watching his young granddaughter play with her toys.

Judge Aspen hopes lawmakers will see the are so many more men and women unfairly banished like Alton: “If Mr. Mills does what I think he’s going to do, I think five years from now you’ll see he has not committed any crimes, he’ll be working regularly, he’ll be interacting with his family, and he’ll be a role model for a lot of people who have come out of the penitentiary with the good attitude that he has,” Aspen says. “Hopefully it will give legislators a reaffirmation that the mandatory guidelines were a mistake and that every case is different. There are so many nuances in a sentence that you cannot cover no matter how intricate your guidelines are.”